Guest Blogger Melinda Howard on Running In The Dark

Exercising Foodie (@XercisingFoodie) on Twitter asked me to write up a little bit about why I love dark o’clock running and a few of the fun “finds” I’ve had while out there during the dark o’clock hours.

First thing, I have to admit that I haven’t always been a dark o’clock runner.  I didn’t begin with the dark o’clock miles until after my first ultra in 2014.  My first ultra was a 50k in Clinton, Mississippi called Big Butts.

If you know anything about me at all, you’ll know that the name of the race sold me!  With a name like Big Butts, it had to be amazing, right?  Never mind it was held the end of July, in Mississippi.  It couldn’t be THAT bad, could it?

Well, it WAS amazing and it WAS that bad!  The temps that day were 112* when I came through through the S/F (Start/Finish) of my second 10 mile loop.  The race director had thoughtfully placed a large dial thermometer for us to see just how toasty a day it was.  We were blissfully ignorant of the humidity.   YAY for small blessings. 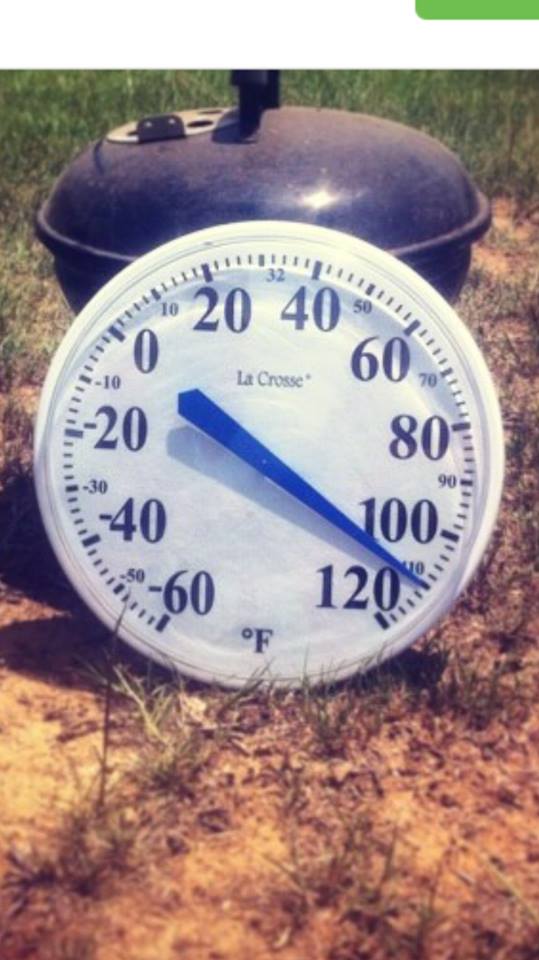 How I finished that race, I’ll never know.  I’m guessing it was because it was my first ultra, I didn’t know any better?  Anyway, 10 hours and 15 minutes after the race director yelled, “Go!” I crossed the finish line. My reward was a high five and a generic diet Mountain Dew.

I tell you this because I suffered Heat Exhaustion during that race and to this day, four years later, I still have to be very careful with our aggressive Mississippi heat/humidity. 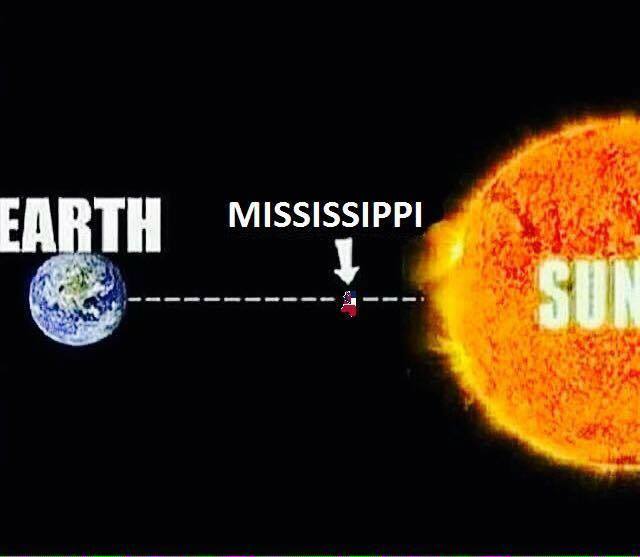 I’ve discovered I can do up to 10 miles during the summer when the sun is shining before the temps and humidity begin to give me problems.  Once my long training runs get over that double digit mark, I’m forced to take my long runs to nighttime miles.

It’s crazy because I’ll set my alarm and when I start my dark o’clock run, it’ll still be in the 80’s(F) and almost 100% humidity but take away the sun cooking you~all’s well.  We do what we have to do to toe the line on race day, right?

So, I set my alarm, lay out my clothes before going to bed and when the alarm goes off, I *pop* out of bed and get ready for my run. 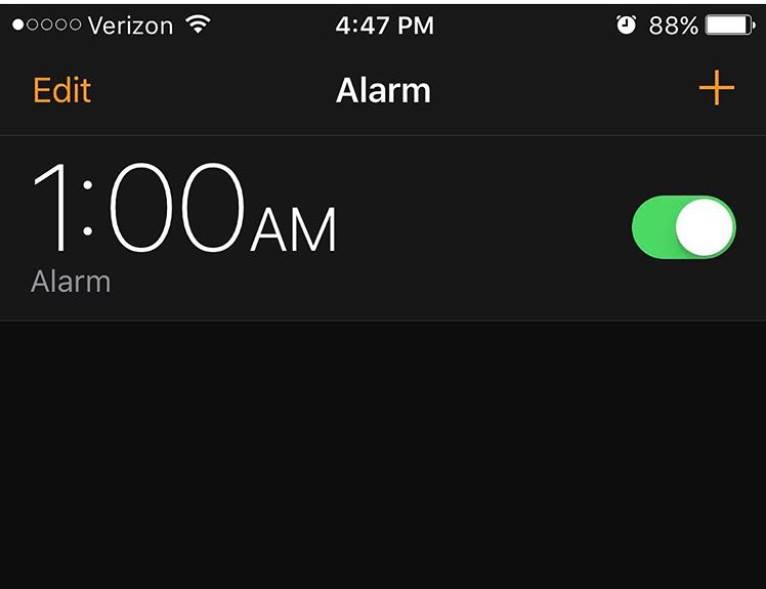 I’ll be the first person to admit that when that alarm goes off, I’m not a fan.  Then again, I park my rumpatootis in bed at 6:00pm so I can get a little sleep before the run.

It’s hard to get yourself to bed so early in the evening but it’s even more difficult to get up with only 2-3 hours sleep and grind out a 20 miler and then the very next night 15 miles.  Ultra training is a challenge but it’s also a blast!!!

Fueling with Tailwind Nutrition has helped tons!  I’m no longer losing a bunch of electrolytes.  I’m also fueled better and my body responds to the demands I’m placing on it “happily.”  Happily might be a stretch but it’s a lot happier than before I discovered the Tailwind!  I also make ice cubes out of the Tailwind the night before so I’m starting out with nice, cool fuel.  It’s refreshing on those steamy nights. 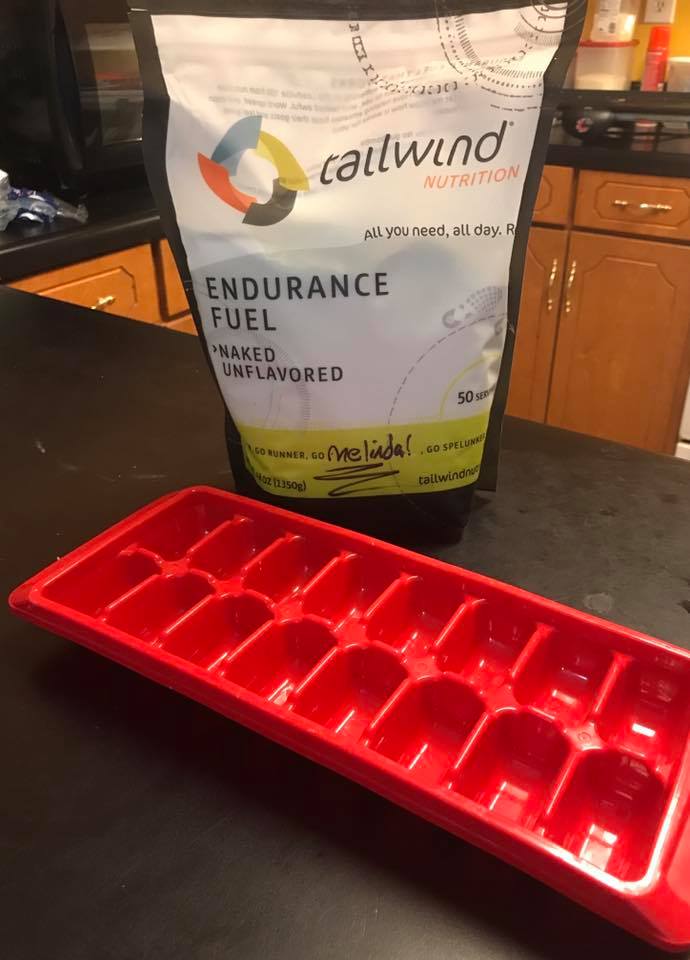 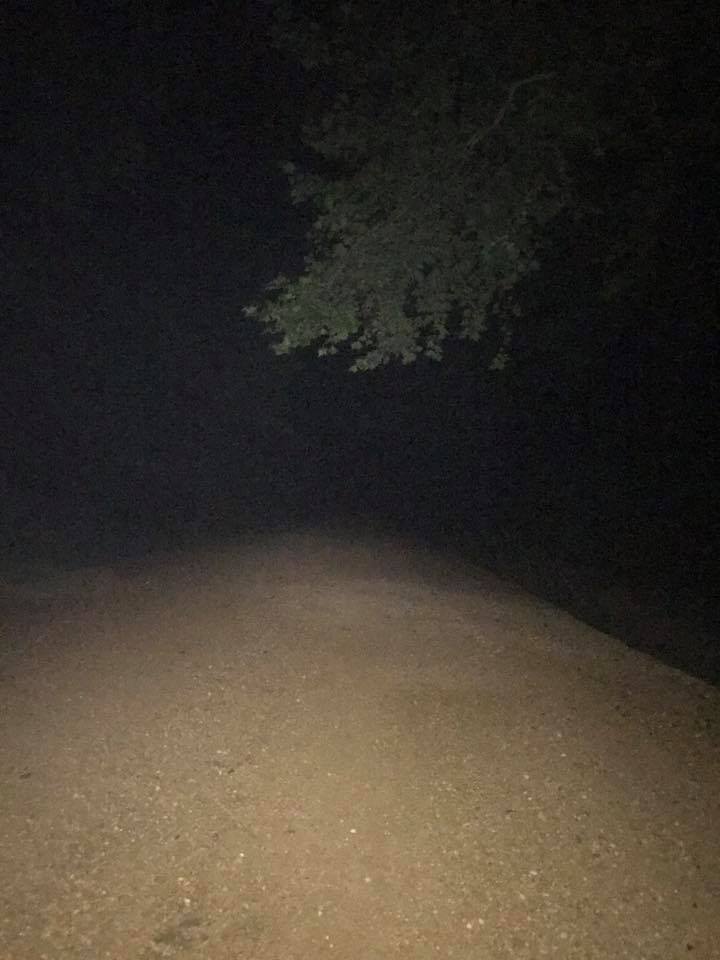 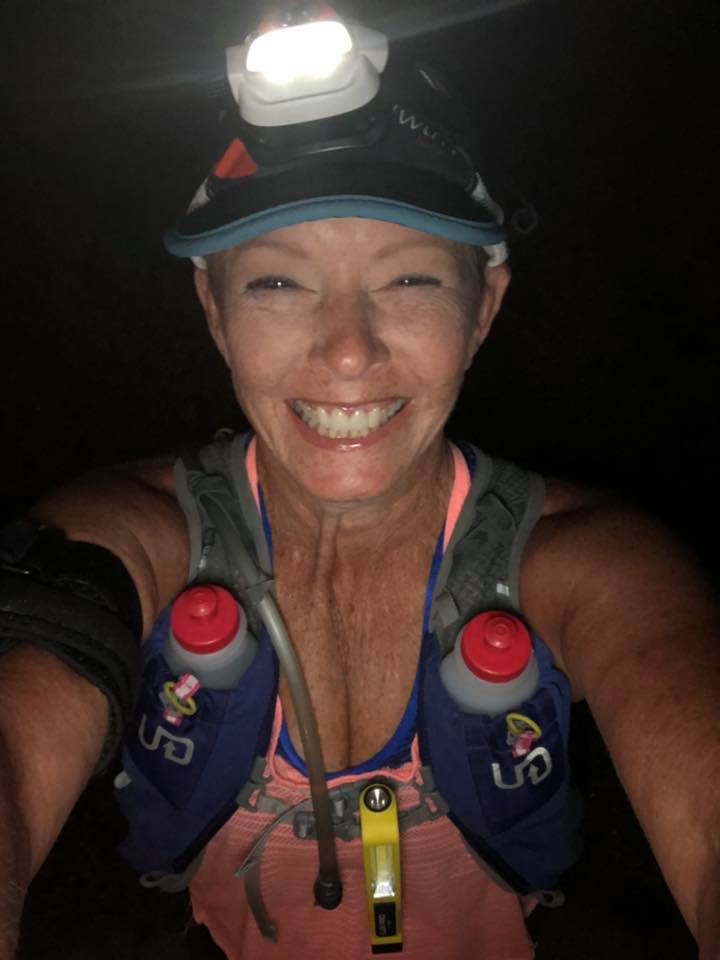 It’s beautiful at night!  We often have so much humidity that there’s a heavy dew on the grass.  The sides of my country roads look as if the grass and weeds had been dipped in silver.  I just love how pretty it is! 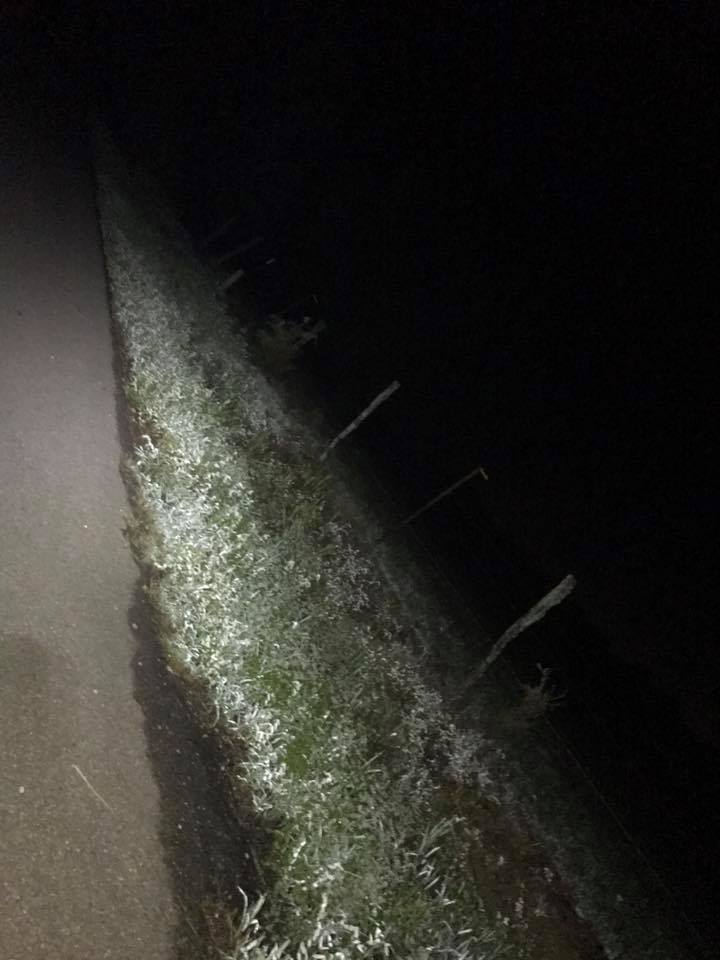 Before you ask, yes, I run by myself.  Practically every dark o’clock run I’m out running my favorite Mississippi country roads by myself.  It’s so peaceful!

I will admit that I’m limited to few places to run because there’s just not that many roads!  There’s lots of cattle around but I’d rather not run past or trip over a bull while cutting through his field.  Then again, the thought of crawling through a barbed wire fence to get into that field….no, I just stick to the roads.

This brings us to HWY 45S.  I run along this highway often during the night and also during the daytime.

Before the traffic begins for the day, I do many “loops” on this stretch of road.  It’s fun because it’s flat and fast.  I enjoy looking at the reflectors on the road.  I pretend I’m an airplane coming in for landing and the highway is my runway….hey!  Whatever it takes at that time of day~don’t judge!  LOL!!! 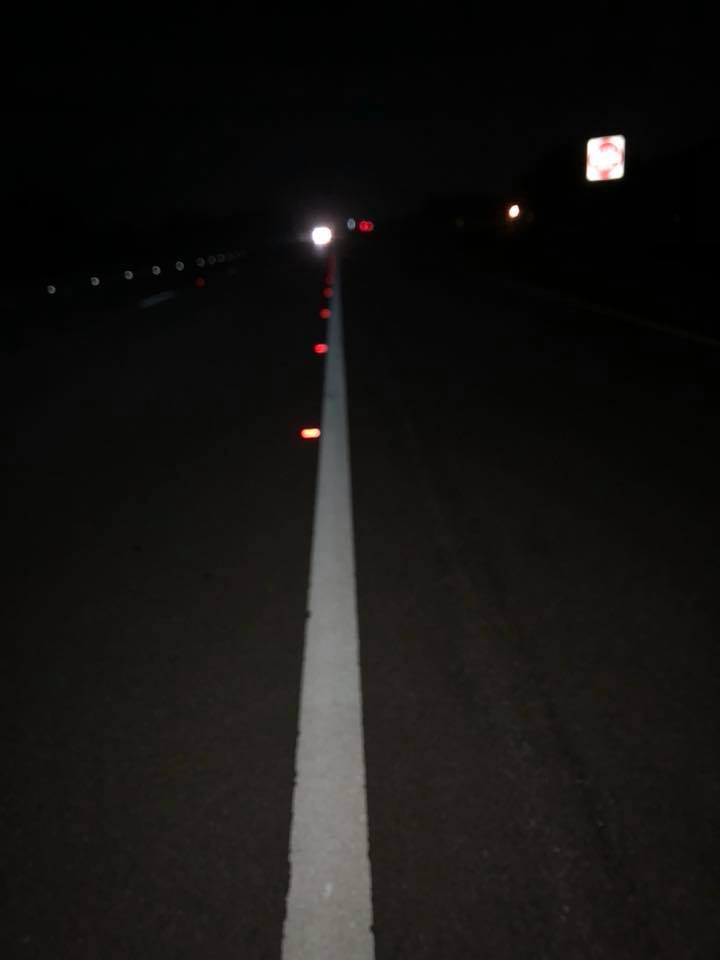 The highlight of these runs is the animals.  It seems like almost every dark o’clock run I meet up with one kind of animal or another.

My favorite animals are the Zombie Cows.  I see them practically every run.  They’re so funny!  Their eyes reflect in my headlamp and they look soooo creepy!!!  I know they’re thinking, “Lady, point that light someplace else!” 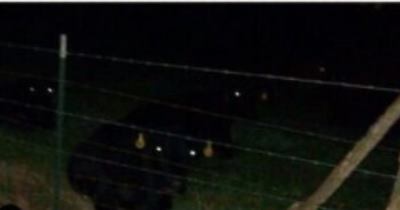 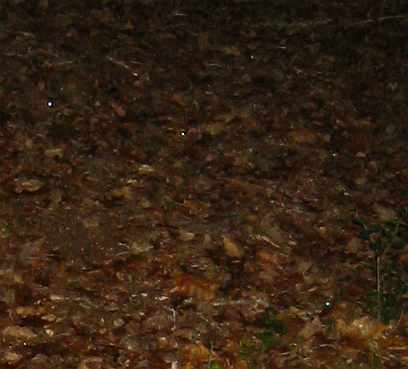 There are a few spiders that are a tad larger and you don’t have any problems at all spotting them!  I think they were raised at Chernobyl or something! 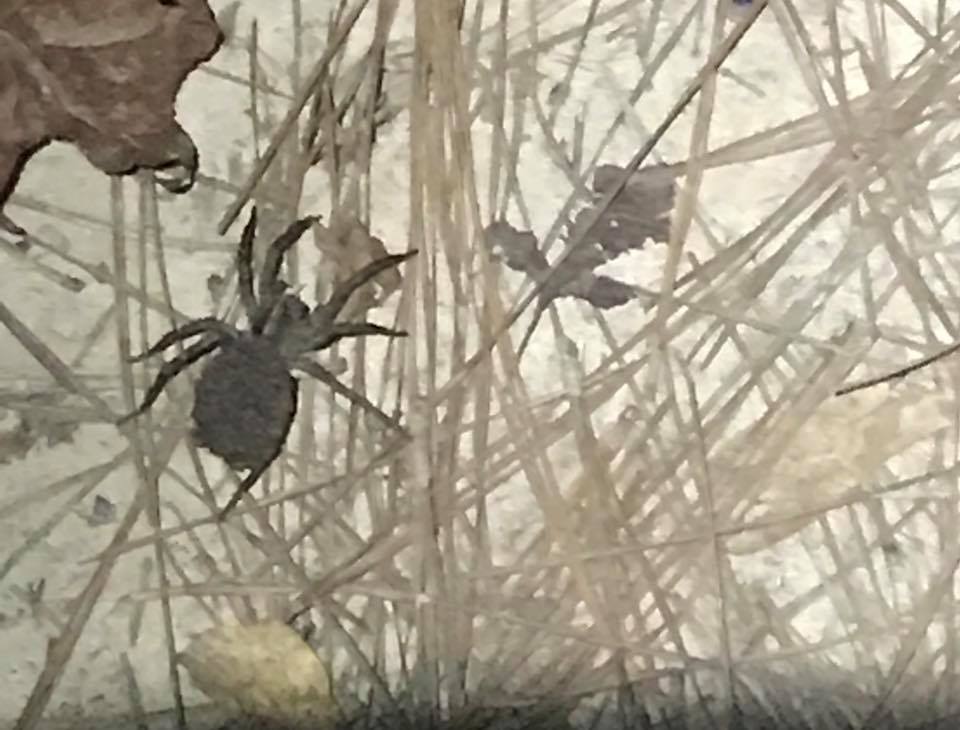 Now, I’ve gotten pretty good at seeing reflecting eyes and figuring out what animal it is before I reach it.  This is a handy skill to develop so you’re not surprised by a skunk or it’s not surprised by you!  Skunk eyes are set really close together.  That’s how I can tell it’s a skunk. 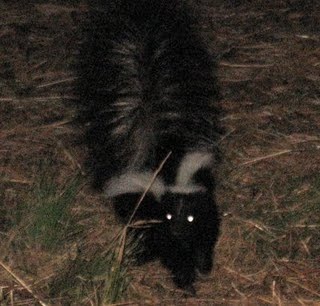 Raccoons are everywhere!  Look at the difference in height between the two animals from the ground and how far their eyes are set apart. 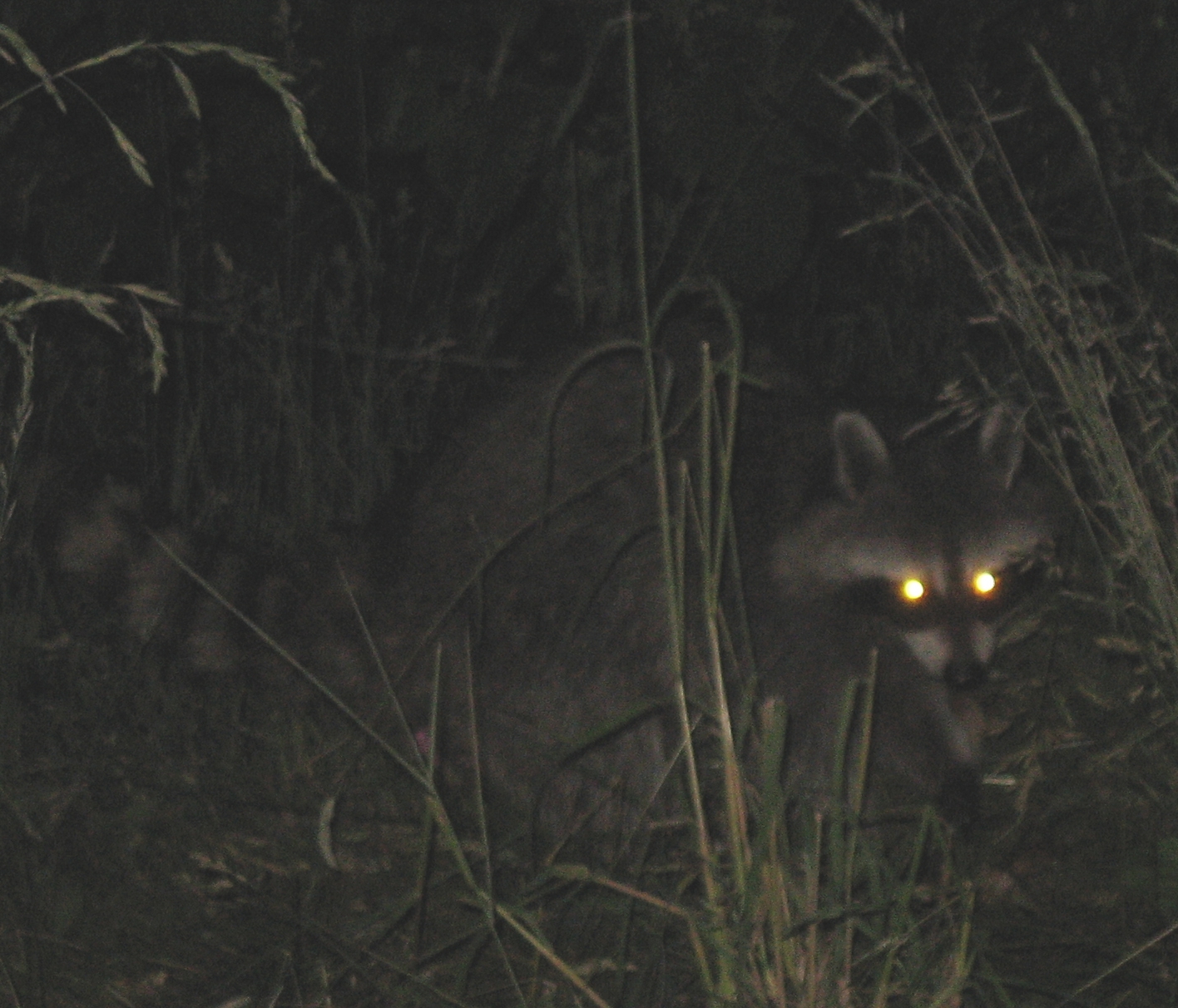 Armadillos are cute but dumb as a brick.  You’d heard the joke:  “Why did the Armadillo cross the road?”  I’m here to tell you, there’s a reason you see so many Armadillos belly up along the sides of the highways.  They just *pop* up out the ditch and dart out in front of you!  I’ve tripped over more than one Armadillo when they’ve done this!  Goofy animals. 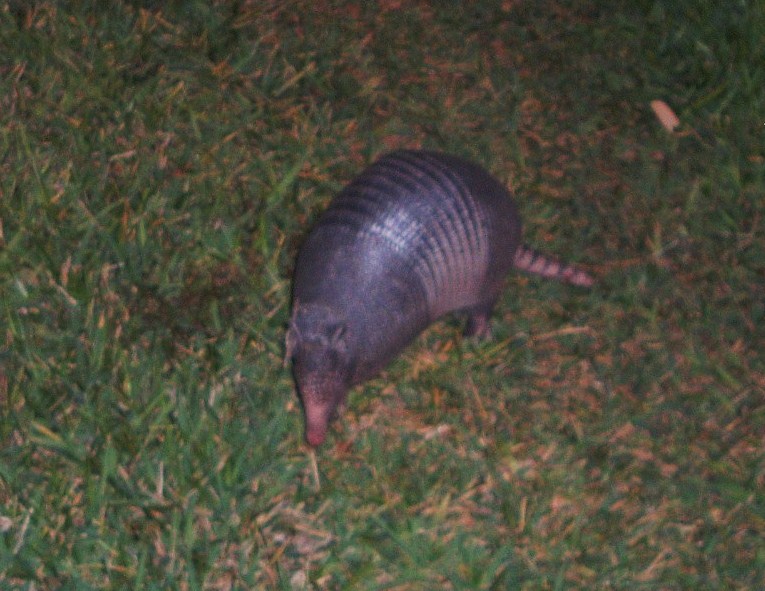 If they haven’t darted out in front of you, I get a kick out of listening to them run on the road.  It’s like they’re running on their toenails or something.  Every little step is a tap.  You hear, “Tap.” “Tap.”  “Tap.” “Tap.” “Tap.”  as they hustle across the road.

Those animals, they’re okay.  Now the snakes?  That’s a different story.  During my dark o’clock runs I encounter a LOT of Copperheads.  It’s like we’ve had a bumper crop of those guys the past few years.

For the snakes, I have to follow my nose.  They smell awful!

Snakes tend to give of a “musky” smell when they’re unhappy.  The rattlesnakes in my area, well they just give you a friendly little rattle to tell you that you’re too close.  I’ll stop/slow and look frantically trying to see it before stepping on it and/or getting bitten.  It seems to work out just fine.

The Copperheads stink to high heavens like cucumbers.  If you enjoy eating cucumbers, my apologies for insulting your snack?  When I smell that, I know I’m too close and repeat the same process as with the Rattlesnakes.

I most often meet them along the sides of the highway or the sides of our little road.  I avoid running in leafy areas any time of the year because you just can’t see them.  They’re master’s of disguise! 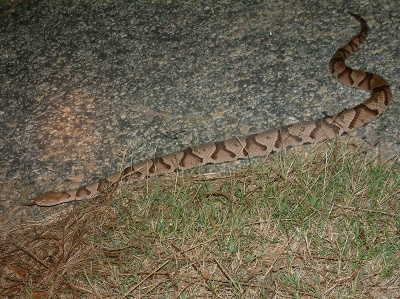 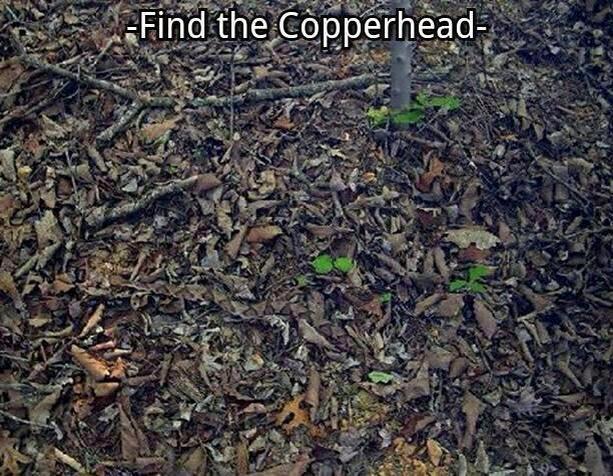 Dark o’clock runs keep you on your toes and provide an endless source of entertainment.  The animals and snakes make you stay focused on what you’re doing and make the miles go faster.

As you wind up your run, you’re greeted and rewarded with a magnificent sunrise making it all very worthwhile.  Wouldn’t trade those miles and experiences for the world!!! 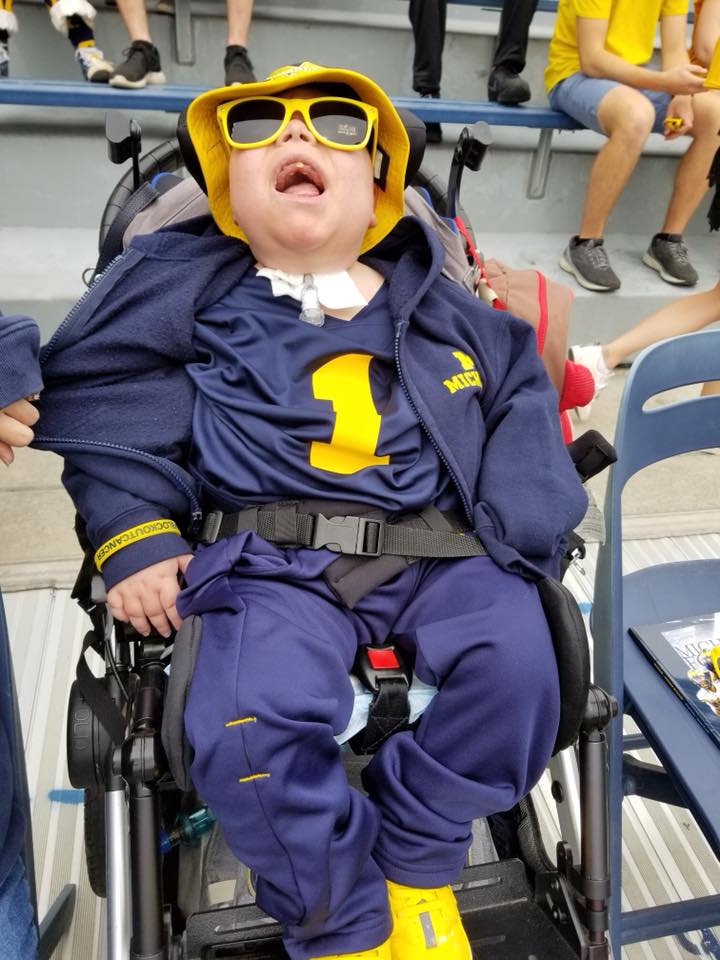